You are here: Home1 / Hemorrhoids2 / Watermelon and hemorrhoids 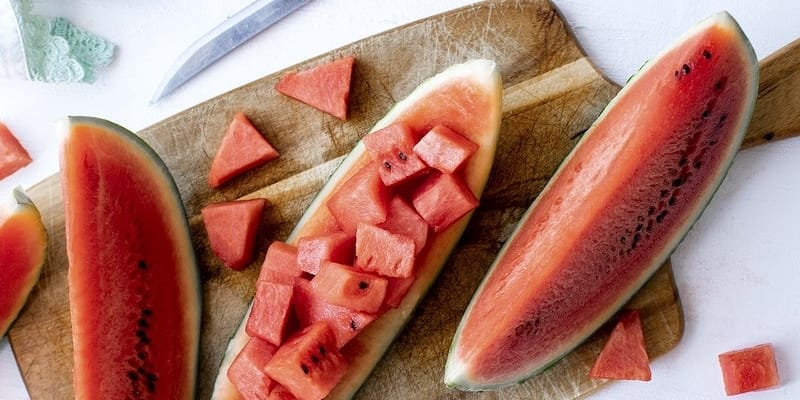 Watermelon is a very tasty and refreshing fruit.

It has a high water content (as much as 92%) so this is an excellent choice for maintaining the intestines and reducing the discomfort of hemorrhoids.

Hemorrhoids are common in half of people over the age of 50 but they also often occur in younger people.

Most patients with hemorrhoids have only mild symptoms that can be treated with topical preparations which you can get at the pharmacy without a prescription.

WATERMELON – AN EXCELLENT CHOICE FOR HEMORRHOIDS

Patients are encouraged to avoid straining and forcing their stools.

How do you know if you have hemorrhoids? The most common signs and symptoms are painless bleeding. On the outside of the stool, on toilet paper or when it drips into the toilet, the blood is usually bright red.

Bleeding from the rectum or anus is never normal and although hemorrhoids are the most common reason for the appearance of blood in the stool, you should definitely talk to your doctor about it.

There are other causes of rectal bleeding that can be serious, such as inflammatory bowel disease and colon cancer. Blood in the stool should never be neglected.

WHY IS WATERMELON GOOD IN THE TREATMENT OF HEMORRHOIDS?

Watermelon is one of those fruits that contains few calories but a lot of vitamin C, vitamin A and many healthy plant compounds.

Consuming water is an important way to keep your body hydrated. However, eating foods that are high in water can also help. Interestingly watermelon has as much as 92% water. Moreover, the high water content is one of the reasons why fruits and vegetables help you feel full. The combination of water and fiber means that you eat food without a lot of calories.

If you want to stay hydrated the amount of water you need to consume each day will depend on several factors including your weight, the climate in which you live and how often you exercise. The clearest sign that you are adequately hydrated is clear yellow or pale urine. If your urine is a darker yellow color you should probably start drinking more. The usual rule is to drink eight glasses of water a day.

You will have more energy if you stay hydrated properly. Water helps in the constant flow of nutrients into the cells, which boosts your energy.

WHY IS WATER IMPORTANT IN THE DIET OF HEMORRHOIDS

Our body is made up of 70% water. If this level decreases (even by a few percent) we become dehydrated which affects digestive functions and chemical balance. It is important to have warning signs to help protect us from dehydration which happens especially in the summer.

Watermelon also contains many other nutrients including these vitamins and minerals:

Watermelon is also rich in carotenoids including beta-carotene and lycopene. In addition it contains citrulline – an important amino acid.

Lycopene is a type of carotenoid. This powerful antioxidant gives red color to plant foods like tomatoes and watermelons and is associated with many health benefits. Researchers have studied lycopene and other individual plant compounds in watermelon because of their anticancer effects.

Inflammation is a key driver of many chronic diseases.

WATERMELON CAN HELP YOU WITH INFLAMMATED HEMORRHOIDS

Watermelon can help reduce inflammation and oxidative damage because it is rich in anti-inflammatory antioxidants lycopene and vitamin C.

Watermelon primarily contains a lot of water and a small amount of fiber which is important for healthy digestion.

Eating fruits and vegetables rich in water and fiber, including watermelon, can be very helpful in promoting normal bowel movements which will alleviate your hemorrhoid problems. These nutrients mean that watermelon is not just a delicious low-calorie treat but it is also very good for your health.

Although watermelons are mostly eaten fresh, they can also be frozen, made into juice or added to smoothies.

Watermelon is a bad source of antioxidants compared to other fruits.

However, it is rich in the amino acid citrulline (the largest amount is found in the white rind of watermelon) and the antioxidant lycopene which have numerous health benefits.

It should be added that most people tolerate watermelon well. However, it can cause allergic reactions in some people.

Although most food allergies develop during childhood they can occur later in life. You can become allergic to watermelon even if you haven’t had a problem eating it for years.

Symptoms of watermelon allergy usually resemble the symptoms of other food allergies. These include:

We suggest that you read the following topics related to nutrition in hemorrhoids: 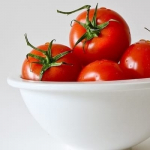 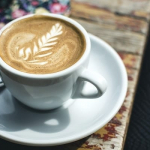 Coffee and hemorrhoids
Scroll to top