You are here: Home1 / Prostate2 / Ultrasound of the prostate

Ultrasound of the prostate 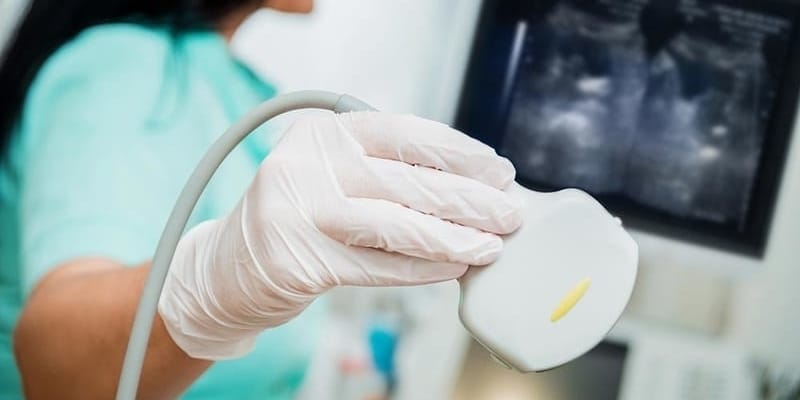 HOW TO RECOGNIZE PROSTATE PROBLEMS?

Prostate problems in men are among the most common health problems faced by men so it is assumed that every man faces a prostate problem at least once in his life.

The prostate is a male sex gland that is an important part of the reproductive tract and plays an important role in its normal functioning. Namely, the prostate produces important nutrients that enter the composition of the ejaculate and enable the spermatozoa to survive in the sperm until the moment of fertilization. Also, the prostate, together with the seminal vesicles, is responsible for the creation and excretion of male seminal fluid.

The prostate also plays an important role in protecting the male genital organs from infection. The prostate also creates the ideal PH value of seminal fluid which favors spermatozoa and the substances it produces play an important role in both erection and ejaculation. These functions of the prostate take place without problems as long as the gland is in an anatomical state that is physiological which means that there are no physical changes in the appearance and structure of the prostate.

This gland is located in the small pelvis below the rectum and surrounds the urethra which conducts urine to the tip of the penis where it is excreted.

The prostate is chestnut-shaped but its dimensions correspond to a chestnut so many people call it the chestnut tree. The shape and size of the prostate have their own physiological changes during life, so a male baby is born with a prostate the size and shape of a bean which grows slowly until puberty. Then, at puberty, the gland suddenly enlarges and takes on the shape and size of a chestnut which are accepted as optimal. The prostate should remain in this state until a man reaches his forties when the physiological enlargement of the prostate occurs which is called benign prostate enlargement caused by the growth of new cells and the slower death of old ones.

This condition usually does not cause any problems in men but it can happen that over time symptoms develop that indicate a problem with the prostate.

Enlargement of the prostate with age, which is expected for men over 60 and almost inevitable after the age of 80, can cause a series of discomforts in the normal functioning of a man which go beyond discomfort during sexual intercourse. Namely, the enlargement of the prostate affects the urinary tract and if it is not treated in time it can only get worse over time.

Difficult, slow and frequent urination, nocturnal urination or the inability to urinate, pain when urinating, blood in the urine or sudden and frequent urges to urinate are among the symptoms that may indicate problems with the prostate in men and require a mandatory examination by a specialist. As the symptoms initially appear in a milder form and the progression is gradual, men attribute the changes to age and often ignore the warning signs sent by their body and delay going to the doctor on time.

Any delay causes complications that over time only reduce the chances of solving the problem completely or lead to a state when the possible interventions of the doctor are minimal in terms of improving the quality of life of a man.

Pain that occurs under or behind the genital organ is also a signal that something is wrong with the prostate even a benign enlarged prostate can cause a painful condition. The pain also occurs during urination as an unpleasant burning sensation in the genital area or in the form of sharp and severe pain in the male genital organ. Painful ejaculations are a fairly clear signal of prostate disease.

One of the changes that can occur is prostate cancer which is one of the most common malignant diseases in men.

In general, the problem with the prostate is quite certain for men at some point in their lives, after the forties, but people who are engaged in jobs that are performed sitting for a long period of time are at greater risk. In fact, any effort that lasts longer, resulting in increased pressure on the pelvis, can have a negative effect on the prostate. Excessive physical activity, such as hiking and any intemperance in general, can also be counted here. Riders and cyclists are particularly at risk from athletes.

Moderate physical activity certainly has a beneficial effect on the entire organism including the prostate.

The lack of some vitamins and minerals, insufficient exposure to the sun, as well as the habit of retaining urine or excessive sexual activity and, finally, stress can have negative consequences on the health of the prostate.

Ultrasound of the prostate is one of the important parts of the urologist’s examination.

WHAT IS ULTRASOUND OF PROSTATE?

Ultrasound of the prostate is a method that can reliably determine the existence of changes in the prostate. The reason for ultrasound diagnostics can be some of the problems that occur when the prostate causes symptoms due to changes in structure and size, the most characteristic of which are urogenital problems with urination and during sexual intercourse. A high body temperature, accompanied by frequent urination, which can be painful, can also indicate an examination.

Ultrasound examination of the prostate can (and should) be preventive in men over 50 years of age but most often men come to the examination who have symptoms, on the basis of which a suspicion of prostate inflammation, benign prostate enlargement or prostate cancer can be raised.

There is chronic and acute inflammation of the prostate.

Prostatitis can be caused by certain microbes and this problem can occur in all sexually mature men.

Benign enlargement of the prostate can occur from the age of 40 and usually after the age of 50, causing discomfort in the form of incomplete emptying of the bladder, intermittent or frequent urination at night.

All these changes can be easily diagnosed with an ultrasound examination and perhaps the most important role ultrasound plays in diagnosing prostate cancer. This is primarily important because prostate cancer in its initial stages does not indicate its existence with any symptoms and it goes without saying that ultrasound can play a key role in diagnosing one of the most common malignant diseases in men. The importance of preventive examinations is particularly visible here. It is only in the later stages of cancer that weight loss, anemia and sometimes bone pain appear, along with all the other symptoms that normally occur in prostate disease.

The importance of prostate ultrasound is that this method clearly determines which change or disease is involved.

ULTRASOUND OF THE PROSTATE PREPARATION

When the situation is urgent then the preparations can be “skipped” but it is certainly important that whenever there is room for it adequate preparation should be done before coming to the examination. The preparation is done according to the doctor’s advice and most often it starts the day before the examination and it includes several things related to nutrition and regulation of the state of filling, i.e. bowel emptying.

The diet the day before the examination should be divided into three light meals and the last meal should be finished before 8 p.m. It is recommended to eat rusk or polenta for breakfast but without milk and dairy products. It is good to drink tea after a meal and then two capsules of the medicine that are used to regulate the intestines (and here you will get the advice of your doctor).

Lunch should contain mushy food, preferably lean or boiled or grilled meat, bread and tea or water or possibly clear apple juice. Then take two more capsules of medicine that are used to regulate the intestines before the examination.

Rusk and tea will be enough for dinner which must be finished before 8 p.m. and after that take another dose of medicine that are used to regulate the intestines.

Coffee, alcohol, carbonated drinks are not recommended and it is advised to avoid dairy products, sweets, fruits and salads.

It is useful to dress as comfortably as possible so that you can easily get rid of the necessary parts of clothing. It is important that you bring all the necessary documentation from previous examinations or examinations with other diagnostic methods in order to complete the final diagnosis.

HOW IS PROSTATE ULTRASOUND PERFORMED?

An ultrasound examination of the prostate can be performed in one of two ways with a transabdominal probe and a transrectal probe.

An examination performed with a transabdominal probe is probably preferred by every patient primarily because of the lack of discomfort expected with other types of examination. It is actually a classic abdominal ultrasound examination through the bladder which must be full for this examination. During this examination the patient lies on his back and the lower part of the abdomen is examined.

Transrectal ultrasound of the prostate is one of the key elements in the early diagnosis of prostate cancer which is supplemented by a digitorectal examination (feeling the back of the digestive tract with a finger and determining the condition of the prostate and organs in its vicinity by direct palpation) and determination of the specific PSA-prostate antigen.

An ultrasound examination with a transrectal probe is an almost infallible way of diagnosing colon cancer especially since all other methods may or may not indicate this insidious disease. For example, if PSA is elevated it does not necessarily mean that cancer exists, just as normal values ​​of this antigen do not guarantee that there is no cancer. PSA can be elevated in inflammation or significant enlargement of the prostate and prostate cancer can be diagnosed by ultrasound examination even in patients who did not have an elevated PSA level.

Once again, it should be emphasized that the first method – ultrasound with a transabdominal probe through the stomach can give clear findings without changes even in patients who have no other symptoms but still have prostate cancer. Likewise, when using a transrectal probe cancer can be diagnosed precisely in such patients whose symptoms are not expressed or are still absent.

If any of the previous methods gave doubtful results, it is best to do a prostate biopsy. This is another method that is avoided but it is also important to say that this method, apart from the discomfort due to the way of examination, is almost painless and is done with an apparatus that enters the tissue in a tenth of a second and takes a sample.

As cancer is one of the most common tumors that occurs in men, but among the most common diseases in the male population in general, the risk of which only increases with age, it is important to once again emphasize the importance of preventive examinations on time by good and experienced experts and of course with reliable methods which will detect any potential problem in time or whose credibility we can rely on if the findings are negative.

This examination is performed by a specialist in urology who after the examination reads the findings then types it and attaches it to the rest of the medical documentation. The final diagnosis, i.e. its accuracy and therefore the further course of treatment of the patient will depend on the expertise, knowledge and experience at the end of the examination.

HOW OFTEN IS PROSTATE ULTRASOUND DONE?

Ultrasound examination of the prostate is a completely harmless method of diagnosis and this applies to both methods of ultrasound diagnosis of prostate disease. In this sense, ultrasound can be done as often as needed. Of course, how often this examination will be done in practice depends primarily on the patient and his readiness, both for preventive examinations and for examinations after the appearance of the first symptoms. 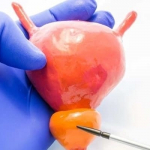 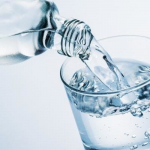 How water, beer or other alcohol affect the prostate
Scroll to top