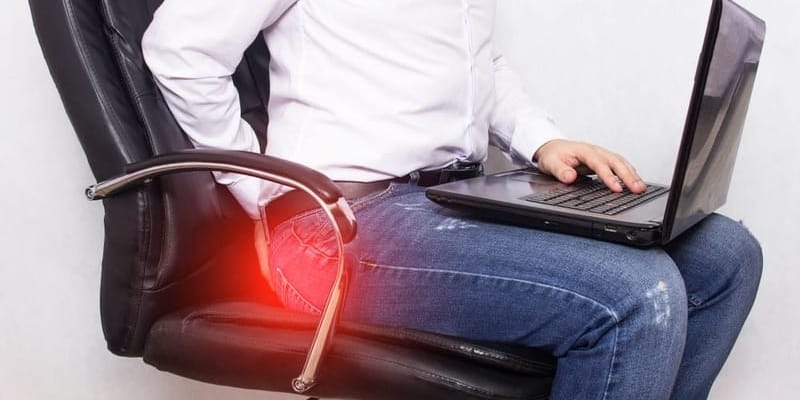 Hemorrhoids are a physiological part of the anatomical structure of the colon region and represent the place where blood vessels (and veins and arteries that flow into them) are “lined” with spongy tissue.

Thus, newly enlarged and swollen hemorrhoids are a pathological condition.

When the blood vessels in hemorrhoids become inflamed and swollen, hemorrhoidal disease occurs, and that is the moment when hemorrhoids have an additional “function” to cause unpleasant problems, which can last a long time.

As they differ in the place where they are located, it is also possible to recognize whether we have a problem with internal or external hemorrhoids.

Although they cause less visible problems and it is especially important that they are less or not at all painful internal hemorrhoids can indicate much more serious health problems or their symptoms can be confused with the symptoms of the most common malignant diseases of the colon.

That is why it is important to react in time and take seriously even spotting on toilet paper which has never happened before nor is it accompanied by any other symptoms.

Despite all the inconveniences that hemorrhoids (both internal and external) cause, people who are affected by the same most often hesitate to seek medical help, treat themselves and sometimes even for years, until a serious progression of the disease, delay specific professional intervention.

Thus, there are old records about it in ancient Egypt, where this health problem was called pharaonic disease.

Although it has been present for several thousand years, today it is believed that this is a disease of the modern age.

The frequency of problems with hemorrhoids is most often attributed to the lifestyle of the modern way of life which in the majority population (and not only in the pharaohs) implies almost complete absence of physical activity in free time, performing a large number of jobs in a sitting position and eating habits. with all the recommendations of nutritionists on a healthy diet (absence of plant fiber that affects adequate digestion).

Research done on the adult population indicates problems with hemorrhoids in almost every other person older than 50 years.

WHAT ARE EXTERNAL HEMORRHOIDS?

In this case swollen hemorrhoids cause severe pain, severe itching and tingling, and there are also difficulties when sitting and during bowel empting.

Depending on the stage of the disease, external hemorrhoids can be felt harder or easier under the fingers.

This is the reason why patients notice them more easily which should affect the speed of contacting a doctor.

Unfortunately, this is not a regular case because patients usually report when there is more intense bleeding that is difficult to stop or when there are clamps that are painful.

Hemorrhoids are generally not dangerous and do not endanger human life.

However, external hemorrhoids are very sensitive to thrombosis and rupture which can cause heavy bleeding.

Common symptoms are painless bright red bleeding that occurs at the beginning and end of defecation.

It is important to note that the stool is covered in blood and not mixed with it.

Also it is very common for hemorrhoids to fall out during defecation which can become a common occurrence which again depends on the stage of the disease.

As we have said this disease is called the disease of the modern age and modern life habits are cited as the cause of its occurrence.

However, the exact cause of hemorrhoids is not known.

While the person is in an upright position the pressure in the rectal part increases.

On the other hand, most people today spend most of their working time sitting and it is assumed that because of that these people have a higher chance of getting hemorrhoids at some point.

Stool problems such as constipation and diarrhea as well as sitting in the toilet for a long time are also cited as some of the possible causes of external hemorrhoids.

Also, obesity is one of the frequently cited factors in the development of hemorrhoidal disease.

Inadequate low-fiber diets and a predominantly passive lifestyle are thought to be the main culprits for hemorrhoids.

Excessive use of enemas and laxatives also affects the appearance of enlarged hemorrhoids, which leads to disorders of intestinal function.

The pressure of the fetus on that region, hormonal changes, as well as the fetus itself cause an increase in hemorrhoidal blood vessels.

Hemorrhoids are the most common causes of rectal bleeding and this disease, although unpleasant, is rarely life-threatening.

Certainly, they should not be neglected and wait for them to pass on their own, but be sure to consult a doctor immediately after noticing the frequent presence of blood in the stool.

But even when you are completely sure that bleeding is a sign of hemorrhoids it is necessary for your doctor to determine it by a physical examination, and it is especially important to rule out more serious diseases as the cause of bleeding from the rectum.

There are four stages of hemorrhoids on the basis of which the severity of the condition and the method of treatment are determined:

Stage 1 – hemorrhoidal disease usually goes unnoticed because hemorrhoids cannot be seen with the naked-eye. Mild bleeding may occur but not hemorrhoid prolapse. Itching and tingling are typical for this phase. It passes without surgery.

Stage 2 is characterized by more intense bleeding and hemorrhoids on exertion with spontaneous return after cessation of exertion. Surgery is usually not required.

Stage 3 is characterized by the fact that hemorrhoids do not return on their own but they must be taken care of by the person who has the problem. Surgical treatment is usually needed.

Stage 4 is the most severe phase of the disease in which the hemorrhoids are in a constant phase of prolapse and they cannot return either independently or manually. Often hemorrhoids remain trapped on the anus and so a strong and sharp pain occurs. At this stage a blood clot can form which can create additional complications. Surgical treatment is mandatory here.

Unfortunately, the awareness of the importance of regular (preventive) examinations is not at a high level worldwide and an even bigger problem is when the first symptoms of a condition or disease appear they are usually ignored.

People react only at an advanced stage when all the options for self-treatment are exhausted.

Hemorrhoids as a really unpleasant disease whose diagnosis includes especially unpleasant examinations usually come to the diagnosis and treatment in the last stages when the treatment process itself is more difficult, long-lasting, complicated and with a more uncertain positive solution without any consequences for the surrounding tissue.

If the enlarged hemorrhoids are not treated on time and their bursting, thrombosis, entrapment and complete loss can occur adequately.

In these cases surgery is necessary in order for the complication to be successfully resolved.

Prolonged bleeding can cause anemia due to a lack of iron in the blood.

The large number of questions regarding the treatment of hemorrhoids on the Internet speaks in favor of the fact that a large number of people face this health problem but that most prefer to turn to the anonymous internet community rather than deciding for a medical examination.

The experiences that people share point to the successful treatment with creams for hemorrhoids in the first stages of the disease but also to try many different ones that are on the market.

There are numerous tips on how to solve the problem but what stands out as the recommendation of experts on medical sites is the importance of direct examination because non-experts can miss what the experienced eye of a specialist certainly will not.

The most common cause of problems with hemorrhoids in children is hard and dry stools which are caused by inadequate nutrition.

It is a special problem if not enough fibrous matter is ingested through fruits and vegetables.

Constipation and bowel disorders are generally more difficult for children than adults – they are anxious, with a bloated stomach, they can feel cramps and pain in the stomach and difficult and painful bowel movements.

The problem with bowel movements in children is that they often consciously or unconsciously delay going to the toilet because they do not want to interrupt the game, watch TV or some other type of entertainment.

Delaying defecation also affects the consistency of the stool which becomes harder and harder to expel from the intestines without damaging the hemorrhoids.

That is why it is important for parents to know their child’s metabolism and to remind them to go to the toilet at about the same time but also to monitor and notice whimpering, squeaking and other signs that the child is delaying going to the toilet.

As the first symptoms shows the child must be examined by a gastroenterologist and in no way can this problem be solved on its own.

In the beginning the disease can be stopped by changing the diet, physical activities and general life habits while in the second stage treatment must be started.

It is also necessary for children to stay outside for at least two to three hours a day.

Finally acquiring the habit of regular bowel movements is the best prevention of hemorrhoids in children.

In case of constipation it is recommended to consume pears, apricots, peaches and ripe bananas which will facilitate bowel emptying with their laxative effect.

Fresh fruits and vegetables as well as enough fluids are key to proper nutrition for both children and adults.

It is possible to prevent the recurrence of hemorrhoids by changing the lifestyle in terms of changing the diet.

Hemorrhoids treatment depends on the stage they are in.

In the initial phase hemorrhoids can be treated independently with the help of preparations, creams and drugs that can be found in pharmacies and in the first phase lifestyle changes (diet rich in fiber, plenty of fluids and physical activity) can give excellent results.

In severe cases in the advanced phase surgical intervention is usually required as a consequence of untimely reporting to the doctor.

In the treatment of such cases laser coagulation of hemorrhoids is increasingly used.

Hemorrhoid surgery can be performed by the classic method (which is quite demanding) is performed exclusively under general anesthesia and requires several weeks of recovery including using painkillers.

This method is used less and less because there are more modern methods which are less invasive, give excellent results and recovery takes a maximum of two days. 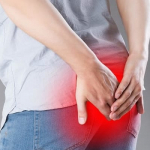 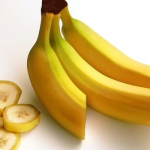 Bananas for hemorrhoids
Scroll to top